Man, 23, dove into shallow pool at apartment and broke his neck. 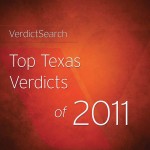 Facts: On the night of June 11, 2005, plaintiff Jordan VanDusen, 23, a computer consultant and musician, was at a party at Longhorn Landing Apartments, an Austin apartment complex managed by Aspen Square Management Austin. VanDusen was a former resident of the complex, which caters to college students. He and other partygoers were drinking. At around 2 a.m., VanDusen and some friends entered one of the complex's two swimming pool areas, which were open 24 hours a day, seven days a week. VanDusen attempted a shallow "racing dive" into the pool, but the water level was 18 inches low, resulting in a steeper angle of entry. He hit his head on the bottom and broke his neck. He is paralyzed. When filled to normal level, the pool was between 3 feet, 6 inches deep and 4 feet, 6 inches deep. It was low that night because of a pool equipment problem. The complex had added water to the pool on June 10. At about 10 p.m. on June 11, security guard Amanda Walker came on duty and noticed that the water level was low. The apartment manager was still on site at this time. At about 1:25 a.m., Walker and another guard walked by the pool again and noted that it was low, and alerted a supervisor. The supervisor called all emergency contacts for the management company, and according to the plaintiff, no one responded. Several Aspen Square employees lived at the complex. The property owner was Longhorn Bentley. VanDusen sued Aspen Square and Longhorn Bentley for premises liability, arguing that, by common law and statute, the pool should have been closed because of the water level. VanDusen had been at the pool more than a hundred times and safely performed many dives there, as had many others, including employees of the complex. VanDusen acknowledged a momentary lapse in judgment, that he should not have dived into the pool that night, and that he regrets not noticing the water level was low before diving. Aspen Square Management, which was operating 80 properties nationwide, had no written risk management policy or written safety policies for its pools, its most dangerous amenity.Â According to the plaintiff Longhorn Landing allowed and encourage drinking in and around the pool, and its pool safety man was unaware of applicable laws and codes. VanDusen also argued that the complex's local emergency call system and personnel were inadequate and that, the weekend before the incident, an on-call worker ignored three emergency calls. The security guards did not have authority to use the locks that were restring on the gates or the "pool closed" signs that were in a nearby shed, the plaintiff argued. According to the plaintiff, no one employed by the complex knew of the incident, and the pool remained open until Monday, June 13. Plaintiffs counsel said they argued for 75% fault on defendants. Defense counsel said Plaintiff's counsel argued for 80 to 90 percent fault on defendants. The defendants denied the allegations and argued that Jordan was at fault. They noted that, about 45 minutes after the incident, Jordan's blood alcohol level was .09 and that he was aware of the numerous, conspicuous "no diving" signs around the pool. Also, according to the defense, an employee did respond to a 1:25 a.m. emergency page, though not till after VanDusen's injury. Plaintiff's counsel said the defendants were never able to identify the employee. The defendants were treated as a single entity (Aspen) in the jury charge. The jury questions were: 1. Whether VanDusen was negligent; 2. Whether Aspen was negligent per se for failing to maintain the water at the required level, failing to maintain pool equipment as required, failing to provide the required lighting, or failing to close the pool if required; 3. Whether Aspen was otherwise negligent; 4A. Comparative responsibility between Aspen for negligence per se only and VanDusen; 4B. Comparative responsibility between Aspen for other negligence only and VanDusen; 5. Damages

Injury: VanDusen broke his neck and is permanently paralyzed from the neck down. He was hospitalized from June 12 to July 5 and was immediately diagnosed as a quadriplegic. Initial findings showed C4 fracture with C4-onC5 subluxation. He underwent a fusion of C4 and C5 and returned to the intensive care unit. He then underwent a tracheotomy tube placement, PEG tub placement and several bronchoscopies. He was then transferred to The Institute for Research and Rehabilitation in Houston from July 5 to August 22 and underwent physical occupational, and speech therapies. He also attended the RAPS session for spinal chord education. At discharge, he was sitting for four hours twice a day at 80 degrees. When his insurance company dropped coverage, he transferred to a New York hospital and obtained Medicaid and Medicare benefits. He spent Aug. 22 to Sept. 23 at one New York hospital and Sept. 23 to Nov. 23 at Mount Sinai Medical Center. He experienced increasing episodes of autonomic dysreflexia, headaches, and severe pain. Bladder and bowel management was ongoing. He also developed a stage IV decubitus ulcer. VanDusen continued to be hospitalized off and on as needed for various medical complications relating to quadriplegia, including severe pain, decubitus ulcers, and respiratory illnesses. He requires round-the-clock care. At the time of the incident, his attorneys said, VanDusen was a successful musician, with a promising life ahead of him, and he was active, successful, ambitious, and engaged in building a productive future. He sought past and future medical bills, lost earning capacity, disfigurement, physical impairment, and pain and suffering, and he asked the jury for a total of $25,000,000, including $1.5 million in past medical. His attorneys reported that the life care plan was $10 million, and defense counsel reported that it was $11.3 million.

Editor's Comments: This report is based on information that was provided by plaintiff's counsel and defense counsel.