Ryan D. Ellis is a trial attorney who represents individuals and businesses in a variety of civil litigation matters. Named a “Lawyer on the Rise” by Texas Lawyer magazine in 2017, Ryan focuses his practice on business disputes—such as fraud claims, contractual disputes, trade secret theft, business torts, and employment disputes—as well as on product defect and catastrophic personal injury matters.

Individuals and companies of all sizes and across a wide range of industries have relied on Ryan to represent and advise them throughout all stages of litigation in both state and federal court, as well as in private arbitration.

A few highlights of Ryan’s career thus far include:

Prior to joining Howry Breen & Herman, Ryan worked closely with legendary trial lawyer Mark Lanier. Together they secured full, fair and substantial settlements on behalf of his clients.

Born and raised in Houston, Texas, Ryan attended the University of Texas at Austin where he was elected to Phi Beta Kappa and graduated with Highest Honors in 2010. He earned his law degree at the University of Texas School of Law in 2013. In law school, Ryan served as Executive Editor of the Texas Review of Law & Politics, was an intramural mock trial champion, and a member of the UT Interscholastic Mock Trial Team. He further augmented his legal education by serving as a judicial intern for Justice Eva Guzman at the Texas Supreme Court.

Ryan has contributed legal analysis to articles published by Reuters and Sports Litigation Alert. Additionally, his note, “Mandating Injustice: The Preponderance of the Evidence Mandate Creates a New Threat to Due Process on Campus” was published in the winter 2013 edition of The Review of Litigation.

Ryan volunteers on the Rodeo Austin Calf Scramble Committee which raises scholarships for Texas high school students, and he is a proud supporter of the Texas Longhorns.

To discuss your case with a personal injury attorney in Austin, contact our firm at (512) 430-4844 or via an online contact form. 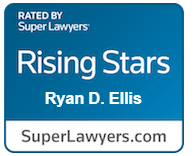